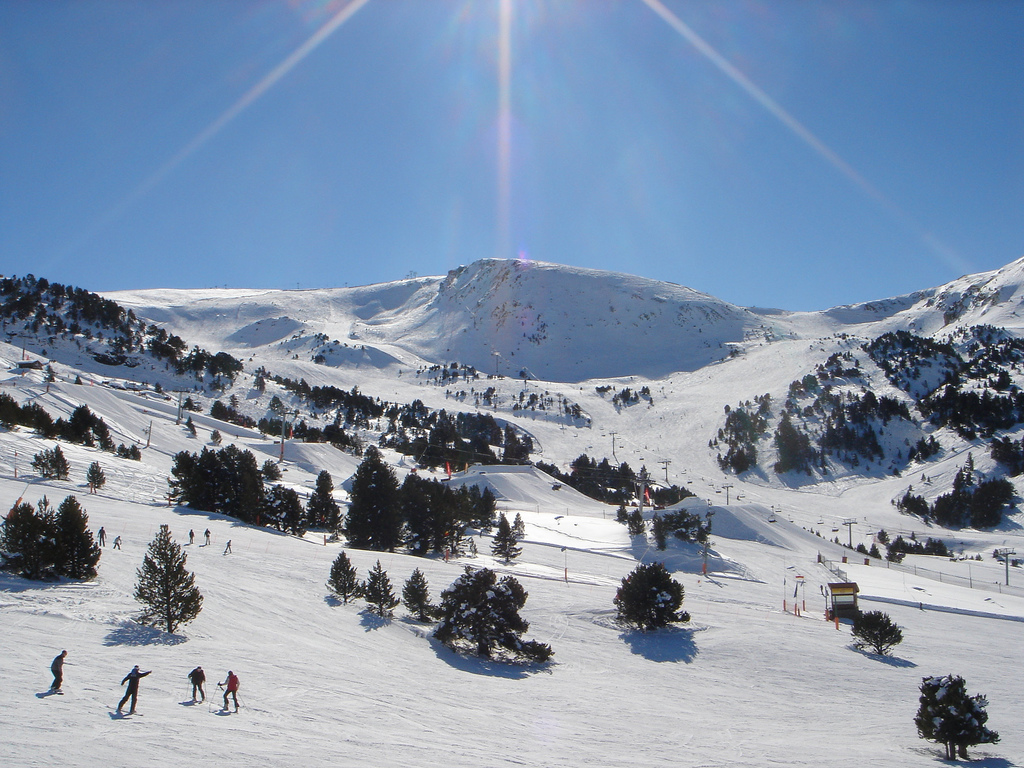 With more than 210 kilometres of ski runs, Grandvalira claims access to the largest ski area in the Pyrenees. The resort comprises six different centres: Soldeu, El Tarter, Pas de la Casa, Grau Roig, Canillo and Encamp, all linked to the same network of 123 ski runs – 15 green, 48 blue, 38 red and 22 black. These are served by 67 lifts while, should there be a shortage of snow, over 1,000 snow cannons provide back-up cover for 65 per cent of the ski area.

Boarding is also catered for in freestyle snow parks in Grandvalira-El Tartero and Grandvalira-Grau Roig – the second aimed primarily at beginner to intermediate levels. Night-time boarding is also available six nights a week at the Sunset Park Peretolt, which is near to Soldeu in the Bordes d’Envalira area.

Grandvalira-Encamp, which is 5 kilometres from the main Grandvalira shopping areas of Andorra-la-Vella and Escaldes-Engordany, is linked by a 6 kilometre (18 minute) cable car ride to Solanelles, the highest point in the resort (2,640 metres).

Grandvalira has seven ski and snowboard schools, one in each centre, employing 400 instructors catering for all levels and in six different languages. There is a dedicated course for children from 3 to 12 while there are four nurseries that will care for toddlers.

Besides skiing and boarding, the area offers a range of other activities including cross country skiing and trekking, tobogganing, skidoo and dog sledging, igloo construction and paragliding.

Access is not the easiest with the nearest international airport over 100 miles away, but there is a choice of airports (Bacelona, 210km, Toulouse, 170km, Carcassone, 220 km, Girona, 165km, Periguan 165km, and Reus, 210km.) There are direct minibus services from Barcellona, Toulouse, Girona and Reus – go to www.andorrabybus.com for details.