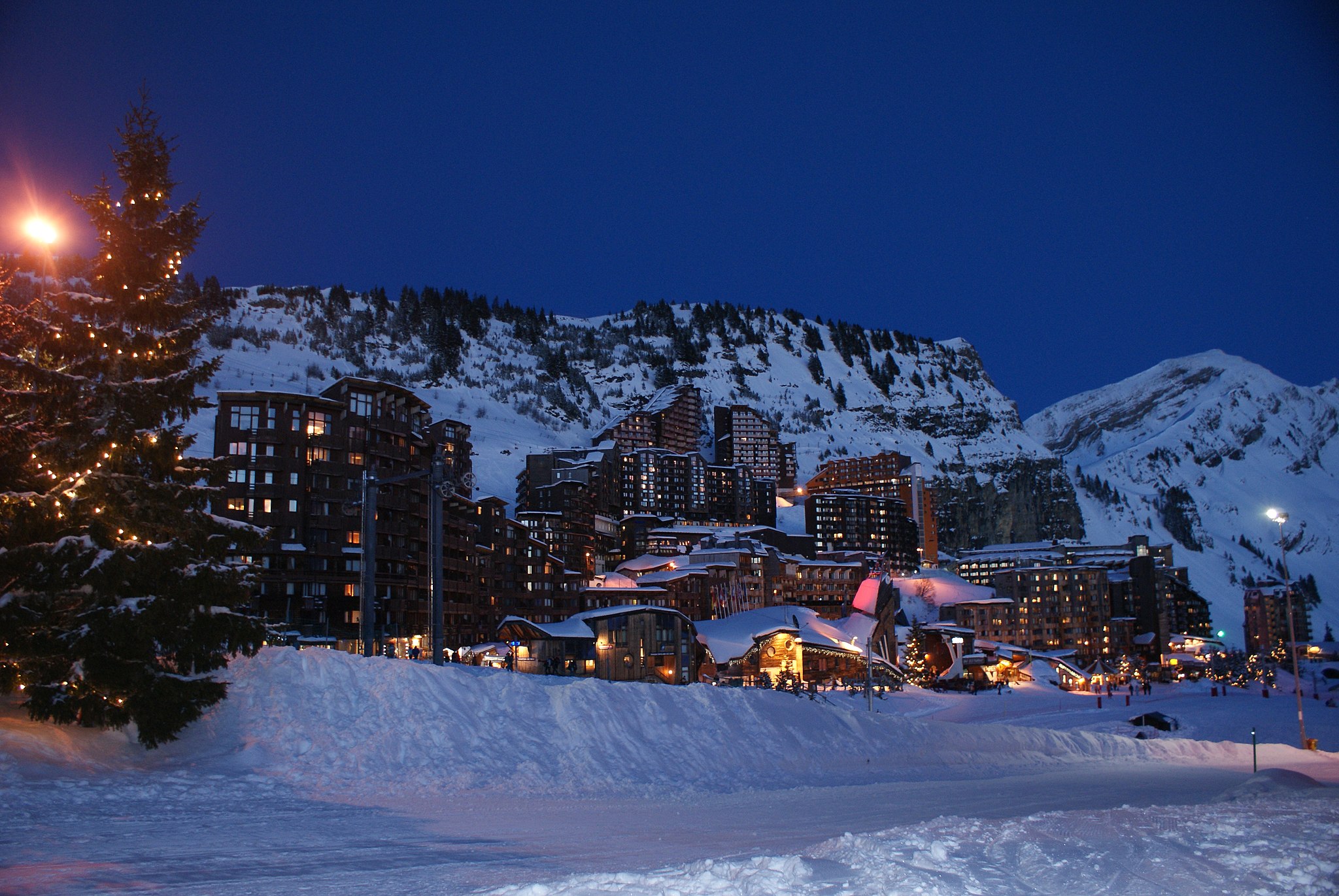 Avoriaz is a purpose-built ski resort in the northern Alps. It is relatively high (1,800 metres up) above the Morzine valley, close to the Swiss border. Its lifts link into the Portes du Soleil ski area which embraces 12 French and Swiss resorts including Morzine, Les Gets, Chatel and Champery. In all there are 600km of runs. To ski all only once would take most skiers getting on for two weeks.

Boarding is taken care of with 11 snowparks, all with wall rides, big air jumps and raised bends and more.

Avoriaz itself has five dedicated freestyle zones suitable for all levels and including superpipe options.

Avoriaz village is a car-free resort that prides itself on its ‘eco’ credentials. It bills itself as ‘a ski-in/ski-out snow-sure resort suitable for all levels of skier and boarder’. Public transport comes in the form of horse drawn sleighs and electric carts ‘although you can ski or walk to pretty much everything’.

Depending on the time of year the resort offers a host of mountain and mountain-related and some not so mountain-related activities. Claiming to be the biggest mountain activities club around, these include paragliding, Nordic walking, archery, horse riding, bowling, tennis, climbing, caving and water sports. There are also mountain bike trails and pistes, including 6 ‘black’ runs.

Avoriaz is also proud of its family-friendly credentials with au pair and crèche services available, as well as its ‘Village des Enfants’ which takes children from as young as three.

Besides package holidays and hotels, there is self catering accommodation available that can be booked directly through the official website.

The resort can be reached via a number of airports, Geneva and Chambery being the nearest – transfer times are around 1 hour 20 minutes and 1 hour 50 minutes respectively. Lyon is used by a number of package companies but the transfer time is longer – about 2 hours 40 minutes.

For those arranging their own transport travelling from the UK, the train is also an option. According to Eurostar, which operates ‘Snow Trains’ from mid December to early April, the Portes du Soleil region, including Avoriaz, can be easily reached from Aigle station.