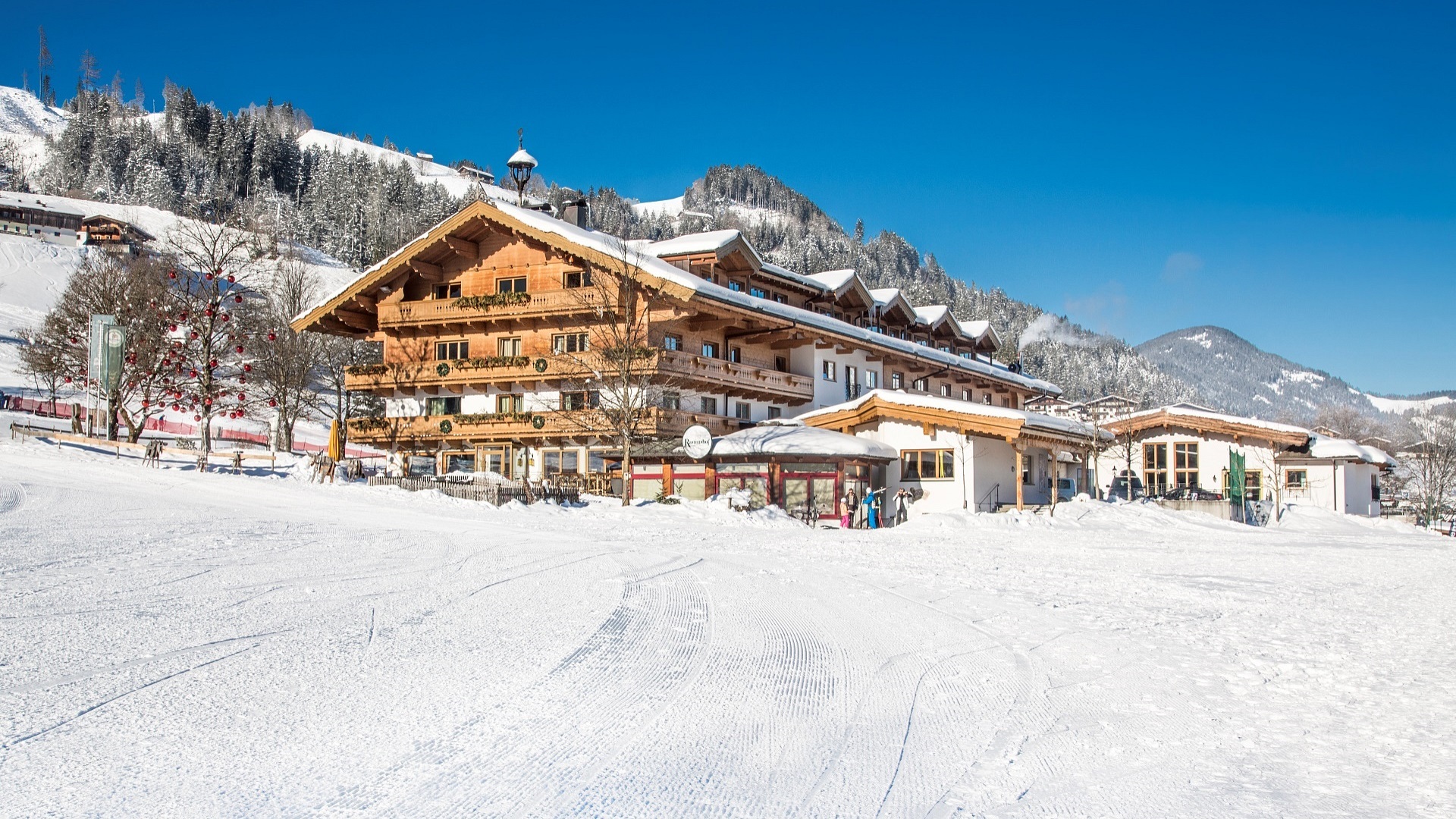 Kitzbuehel is a small medieval town (there are only around 8,000 permanent inhabitants) in the Austrian Tyrol that punches well above its weight – due in no small part to its ski credentials.It is known as a smart resort with a variety of accommodation, including some quality hotels, offering good skiing, good eating and good shopping.

It is not a high resort – having an elevation of just 800 metres. But its 179 kilometres of slopes sit mostly well above the town – meaning a gondola ride at the start of each day. It has a good snow record (an average 180 days skiing a year is possible).

In fact the season in Kitzbuehel starts in October thanks to its ‘Scheedepots’ system of packing away and storing snow – so those taking advantage can ski not on artificial snow but on ‘old snow’ packed away in a depot over summer..

Since 1931 Kitzbuehel has hosted the annual Hahnenkamm Downhill Race, often described as the most spectacular of downhills. It takes place (these days during the latter part of January) on the mountain of the same name, using the ultra demanding north east facing Streif piste. Staring at 1,665 metres it descends 860 metres over its 3.3 kilometre length. It includes gradients of up to 40 degrees and jumps of up to 80 metres – and takes the best skiers around two minutes to complete. Past winners have included such legends as Pirmin Zurbriggen, Franz Klammer and Jean-Claude Killy.

It is not only the quick and the brave who are catered for in Kitzbuehel. In all there are 179 kilometres of prepared slopes that vary from gentle to scary.  These are served by 54 cable cars and lifts stretching as high as 2,000 metres. They include the 3,642-metre-long 3S cable car ride that connects the skiing areas of Kirchberg and Resterhohe. The journey takes around 9 minutes. At their furthest from the ground, the cables (which are supported by only one pylon) are 400 metres above the ground.

There are plenty of off-piste skiing opportunities in Kitzbeuhel. This is good for snowboarders as is the snow park at Pass Thurn.

For those who prefer trekking, there are 36 kilometres of ski trails strung with ski huts and lodges.

If this were not enough a Salzburg Superskicard gives access to a total of 2.750 kilometres of ski slopes served by 916 lifts, although some travelling to the 25 ski resorts covered is involved.

Besides the Hahnenkamm, there is a full programme of events throughout the winter and summer seasons. These include a Christmas Market (November and December), the Snow Polo World Cup (January), New Year’s Day fireworks, Music and Film Festivals in August, a Classic Car Rally and also a Golf Festival in June, and an ATP Tennis Tournament in July.

Kitzbeuhel has its own railway station while it is possible to drive from the UK in a little over 12 hours.