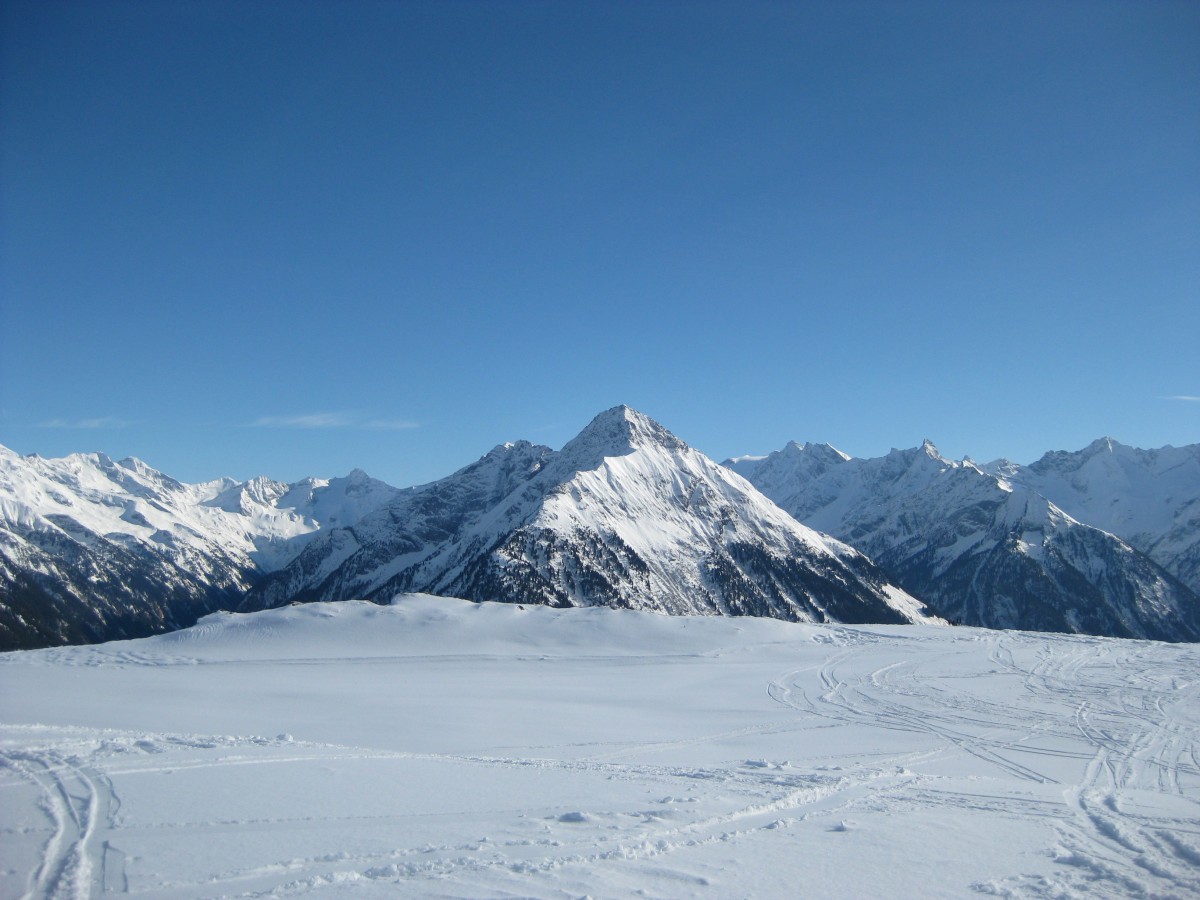 Mayrhofen is a small town (permanent population under 4,000) in the Austrian Tyrol within easy reach of Innsbruck. Although the town is low down in the Zillertal Valley – just 633 metres – it has the advantage of being close to the Hintertux glacier – the only all-year round skiing venue in Austria.

This can be visited directly or as part of a stay in Mayrhofen – there is a regular bus service from Mayrhofen.

The glacier, which is 3,250 metres up, has its own 60 kilometres of pistes (of all levels of difficulty) served by its own lift system – access can be included in a Mayrhofen ski pass. There are also two snowparks – the Betterpark Hintertux and the Funslope Hintertux. As the name implies, the latter was designed with families in mind.

For more serious boarders there are freeride slopes (with powder snow from October to May) both in Mayfhogen and the valley below.

Mayrhofen itself offers skiing and boarding on the Penken and Ahorn mountains. The ski area of the former is reached by a gondola and lift – a journey that begins in the centre of town. The Ahorn is accessed by a 160 passenger cable car (the largest in Austria) whose base station is at the southern end of the town.

Skiing on the Ahorn is mainly of the easier variety although there is also a long, steep black run which was once used for World Cup Downhill races (but no longer since it is thought too dangerous).

Penken mountain offers Austria’s steepest piste, the Harakiri, as well as many different levels of runs. It is connected by lift with the villages of Finkenberg, Lanersbach and Schwendau.

Although the lift system is modern, Mayrhofen is a popular and easily accessible resort , so some queuing is possible.

Aprez ski is of the usual Austrian type much appreciated by most Brits.

In summer there is the usual array of activities on offer (plus glacier skiing) including walking on an extensive network of clearly marked trails suitable for all ages and physical abilities.

Getting to Mayrhofen and around its surrounding towns is particularly easy. It is only 75 kilometres from Innsbruck – a car journey of no more than an hour. Salzburg Airport is a little further away (170 kilometres) while Munich Airport is 196 kilometres. Transfers are available from all three.

The town also has its own railway station and a good local bus service. The train connects the town with Munich and Salzberg and also with other towns, villages and ski areas in the valley. The railway runs all year round between Jenbach and Mayrhofen.

A Superskipass gives access to other Zillertal valley ski areas (Fugen-Kaltenbach, Zell-Gerlos, Mayrhofen-Hippach and Tux-Finkenberg) in which there are 177 lifts and 489km of pistes. Free use of the ski bus is also included.