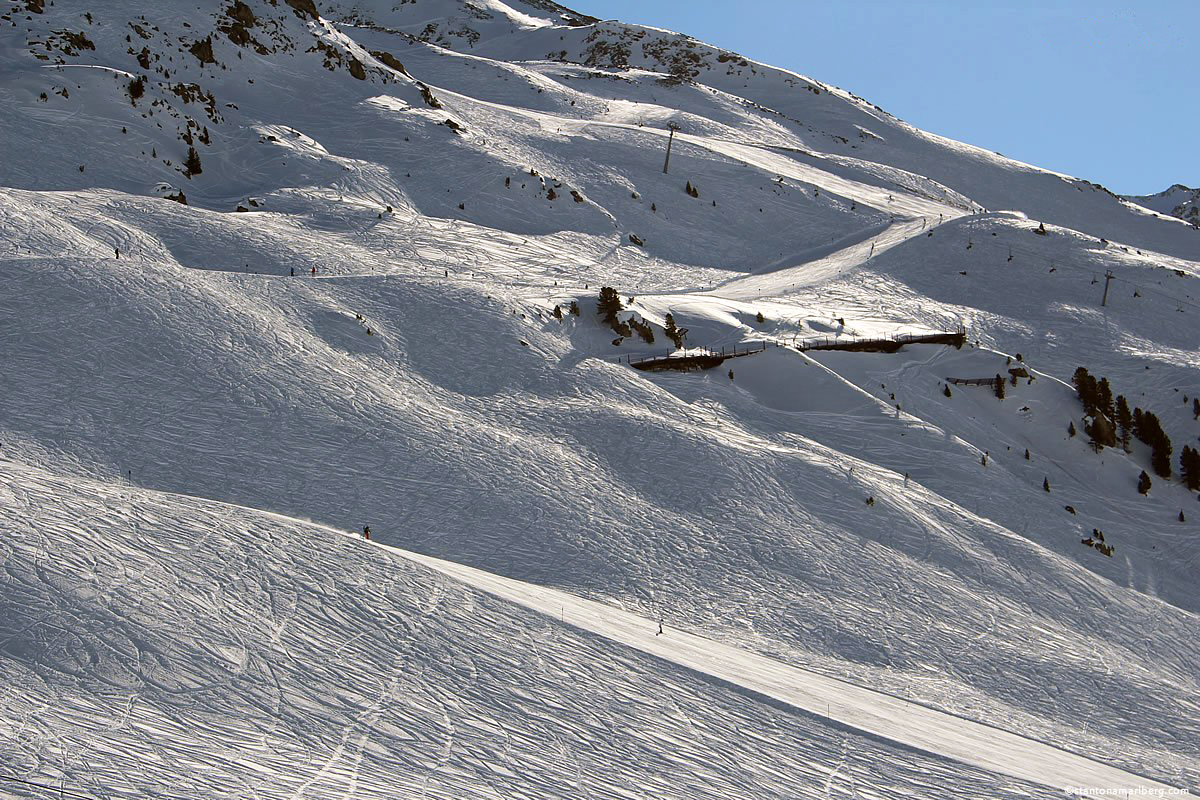 Brits have long appreciated Austria as a ski destination, not least for the oompa hospitality and beer-spilling aprez ski. Nowhere is this more so than in St Anton.

Still little more than a large village (its population is under 3,000) this Tyrolean resort has a reputation as a party place, but also one that offers access to some serious skiing. It is often described as Austria’s leading ski destination and boasts an array of different awards and accreditations.

Officially Sankt Anton am Arlberg, the village sits at 1,300 metres beside the Rosanna River in the far western corner of Austria – the bit that has a German border to the north and borders with Lichtenstein to the west and Switzerland to the south and west. It is part of the Arlberg ski area that includes Stuben, St Chritoph, Lech and Zurs. Together these resorts offer access to 340 kilometres of linked pistes plus off-piste and other runs, served by around 90 modern lifts – making the area the largest in Austria. All is covered by one lift pass.

St Anton markets itself as ‘family friendly’. Its centre is traffic free, there is specialist tuition of younger skiers, and there is a good mix of slopes. But most would temper this by saying that the slopes favour more competent skiers.

Officially just under two thirds of the 140 or so downhill runs are of the easier variety and the remainder, including deeper snow and less groomed runs, are tougher. But this can be a little misleading as it includes less frequently groomed runs that can turn into challenging mogul fields and other deeper snow challenges.

Ski guides are recommended for some of the tougher slopes and for St Anton’s off-piste routes.

Stanton Park, close to the bars and restaurants of the Rendl Terrace, is a haven for freestyle boarders with rails, boxes and kickers suitable for all levels.

The Arlberg area has as good selection of most types of lifts – cable cars, gondolas, chair and drag lifts – and with recent improvements the need for buses is kept to a minimum. Gondolas operate from both St Anton’s east and west terminals, taking skiers up to slopes at about the 2,000 metre level – and pistes also run all the way back to the village.

St Anton is relatively easy to reach – it is near the motorway system, has its own railway station and is only 95 kilometres from Innsbruck Zurich is 196 kilometres – just over 100 miles and only a little over two hour’s drive away.

There is also a free bus service for getting around St Anton itself.