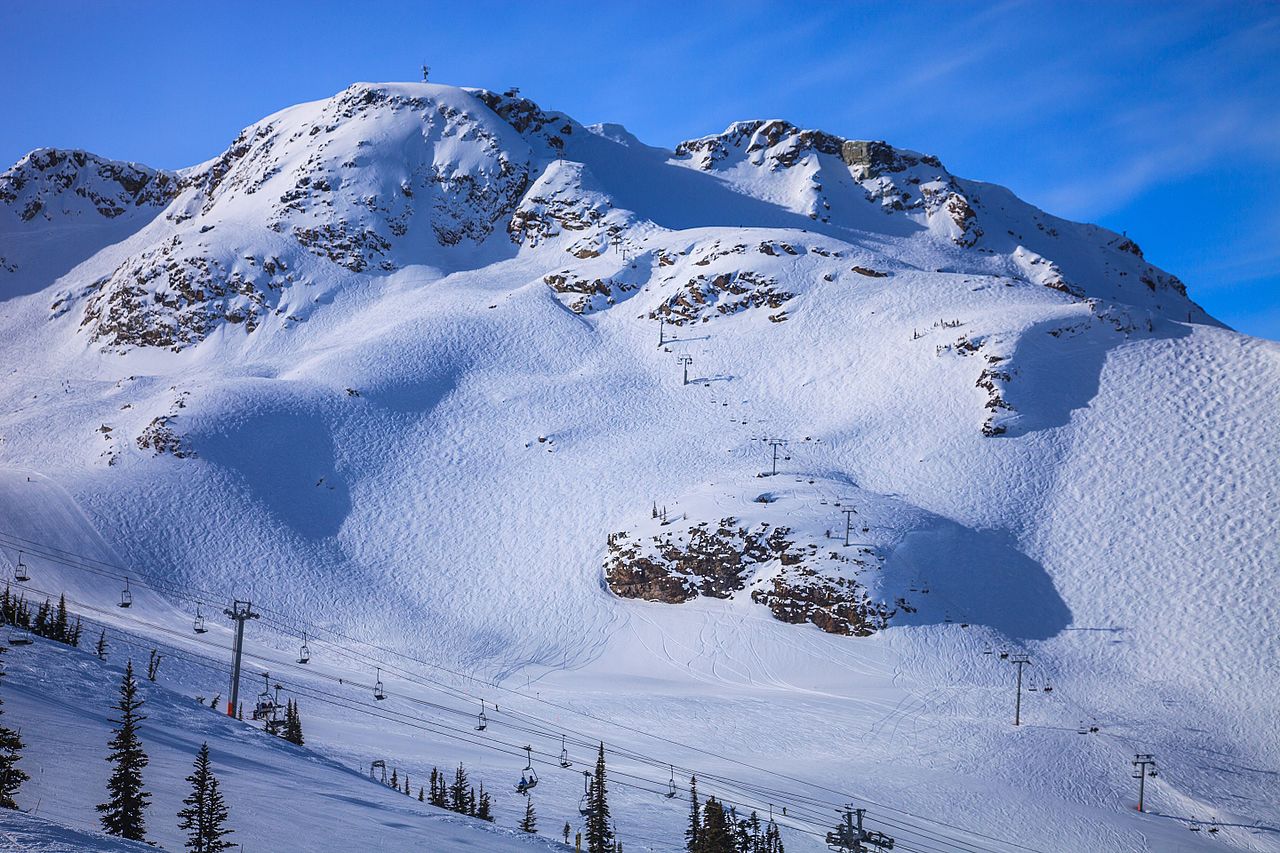 While many Canadian ski resorts have annual visitor numbers in the tens of thousands, Whistler counts its skiers in the millions – well, over one million, anyway).

In fact Whistler is the town, not the ski resort. It sits in the Valley between Whistler and Blackcomb mountains.

At first the only ski area it served was Whistler Mountain – this resort opened for business in the late 1960s. Then, in 1980, came a second ski area, Backcomb Mountain.

The two, independently owned, competed for some time – each trying to outdo the other in ski lift and other investment. Then, in 1997, the company that owned the Blackcomb resort bought its rival.

Today the two ski areas are operated as one – now known as Whistler Blackcomb. Development and investment has continued apace.

Individually both Whistler and Blackcomb areas are supper large. Together they are massive – the largest in North America, covering just over 8,000 acres of mountainside. There are over 200 ski runs, 16 alpine bowls and three glaciers.
They are reached by lifts (three gondolas and two high speed chair lifts) from Whistler Village and Blackcomb Upper Village). The Whistler Village 8-person gondola takes 15 minutes to complete its 4,947 metres journey, taking skiers 1,157 metres higher.

Previously skiers had to choose between the two ski areas at the start of the day. Now they need not come down to swap mountains – the two are connected by a ‘Peak2Peak’ gondola – a 4.4 kilometres trip involving an unsupported cable span of just over 3 kilometres.

In all, Whistler Blackcomb has 37 lifts capable of carrying around 65,000 skiers and boarders an hour – more than some resorts have visitors in a season.

With its easy access – Whistler is only 75 miles from Vancouver – an easy day or weekend trip for residents of that city – and with its enviable reputation for good snow and skiing potential, the ski areas can get crowded. And this despite its extensive and efficient lift system.

But good and fresh snow is more or less guaranteed. Whistler has an average annual snowfall of 10.2 metres. For most of the season it is possible to ski back to the village.

With so much to choose from (including glacier skiing and boarding), and such a large vertical drop between top and village (over 1,800 metres), there is something for everybody.

For those who want to do more than (or something different to) skiing, there is dog-sledding on offer, a tube park, zip trek, and snowcat tours.

The closest major airport to Whistler is Vancouver, a two to three hour drive away using route 99, the ‘sea to sky’ highway. It is also possible to use Seattle airport, although this is a five hour drive away and would involve UK skiers going through US immigration.

A number of shuttle services operate from Vancouver. There is also a Greyhound Bus service. A car is not required once in Whistler village.