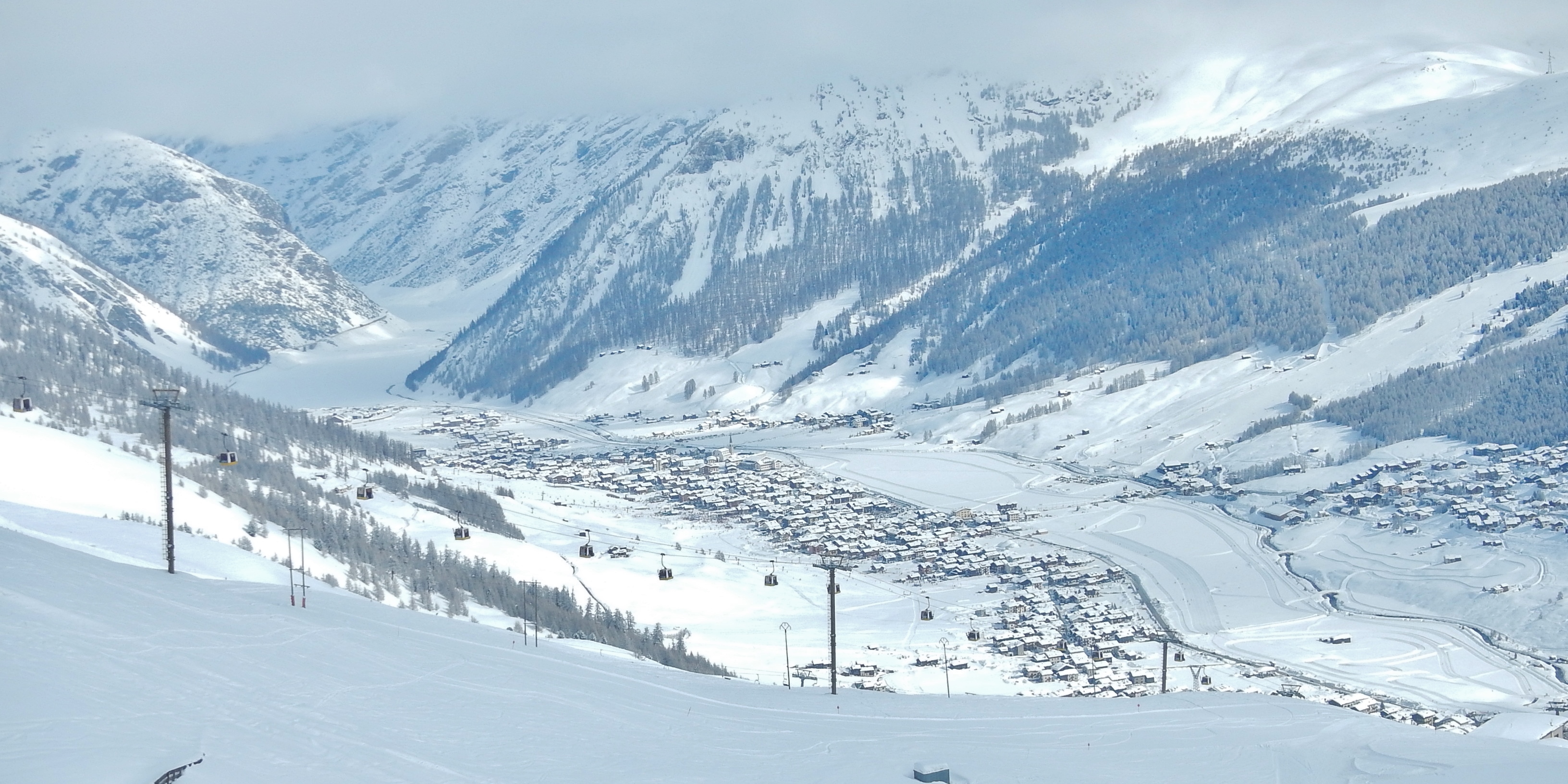 Livigno – Carosello/Mottolino is a ski resort in the Lombardy region of Italy. Its location in the Italian Alps, near to the Swiss border (sitting at 1,800 metres in the Alta Valtellina) is often described as ‘remote’ and ‘a long way from anywhere’.. But it is also known for being a good value, high altitude, ski destination with the added advantage of duty-free status.

The latter is an ancient privilege dating back to 1840, introduced originally to attract people to live and work in such a remote and – for farmers – inhospitable place. The locals have found life less of an economic struggle since the1970s when the town decided to realise its potential as a tourist destination.

The duty free status – which applies to VAT – continues, however, with bargains on offer. But there is a limit, with a duty-free allowance for all tourists who are obliged to declare any tax free purchases they take with them when leaving.

Livigno has a cold, wet climate. Anybody visiting between November and March can expect continuous sub-zero temperatures and plenty of snowy days (on average about every other day). Snowfalls at this time of year average over 100cm each month.

The town itself is long and narrow and lined with hotels, bars and shops. Lifts (just over 30 of them) and pistes (115 kilometres of them) run up to east and west to the all-day sun ski slopes. These start at 2,798 metres and run back all the way to the town.

The season is relatively long – from the end of November to the beginning of May.

The pistes tend to be wide and not too long or testing. There are plenty of red runs (37 in all). Beginners have their own designated area while there are 29 blue runs that are relatively undemanding.

Although the slopes are high up, there is a double snow guarantee provided by extensive snowmaking equipment.

Boarders are catered for with a highly rated snowpark that is used for international events, and a second that is good for freeriders.

The usual array of non-ski and boarding activities is available, including bobsledding, tubing, snowshoeing and Nordic walking. There is also ice climbing and ice skating, snowmobiling, go-kart and car driving on the ice, snow biking and horse riding in the snow.

In summer (which is quite wet and not too hot) Livigno can offer walking, climbing and biking. It is also home to an annual international chess competition that attracts grand masters from around the world.

Getting to Livigno is not the easiest or shortest of trips.

The nearest airports in Italy are Milan Malpensa (250 kilometres), or Milan Orio (196 kilometres). Innsbruck is 180 kilometres away. There is a Livigno Express bus service that operate from these three airports which can be booked online,

The transfer takes a projected 4 hours in each case.

Otherwise there is an option to travel by train and bus from Milan – train to Tirano, which is about 70 km from Livigno – and then a connecting bus from Tirano to Livigno (which operates all year round).

Only three roads connect Livigno to the outside world. Two head off to Switzerland although one of these is closed in winter. The third leads south to other parts of Italy through the Foscagio Pass. Snow chains are an essential.