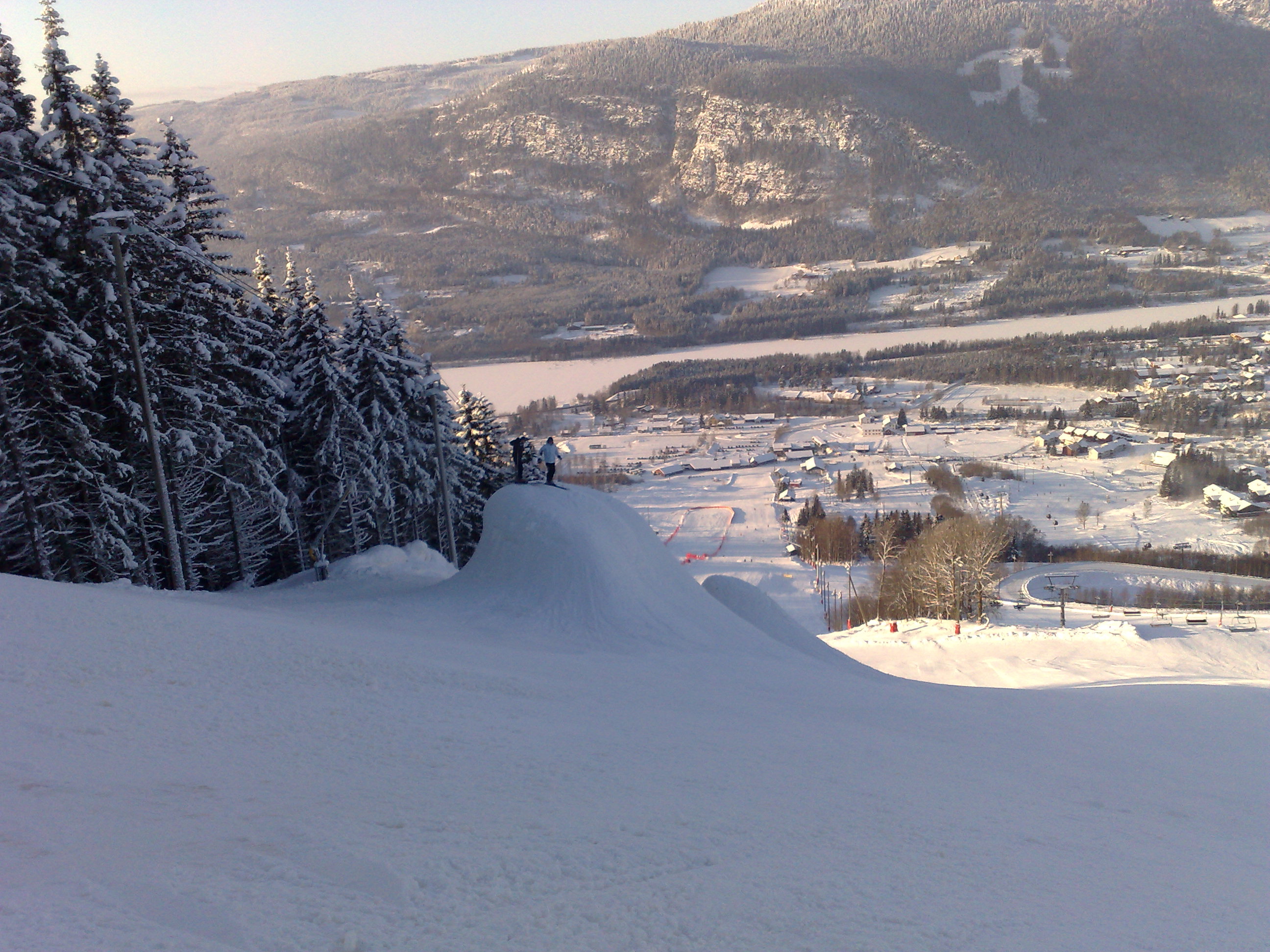 Some 10 miles from Lillehammer, Hafjell was the ski resort used for the giant slalom and slalom events of the 1994 Winter Olympics.

Since then it has not rested on its Olympic laurels and has continued to invest in improved pistes, faster lifts and increased snowmaking capacity.

The resort has 28 ski runs totalling just over 40 kilometres of downhill slopes (Lillehammer itself, next to the frozen Lake Mjosa has only one slope), making Hafjell the largest downhill resort in the region. Those wanting more skiing could always take a car or bus to Kvitfjell, which is 45 kilometres up the road from Hafjell. It has a further 23 ski runs.

And for those who prefer cross country skiing, there is access to a network of more tracks than most would want – some 200 kilometres in all.

Most of the skiing in Hafjell is of the easier variety although there are five red or black runs, including one which is 4 kilometres long with a vertical drop of 750 metres.

There are two children’s areas, one at the bottom of the mountain and one at the top. Adult beginners are also welcome at the ‘Frontyard for kids’ which includes mini jumps.
There is a designated area for snowboarders including jumps and half-pipe – which is floodlit on winter afternoons.

The downhill and boarding ski areas are served by 12 lifts. Somewhat disconcertingly it is also possible to drive to and park at the summit. This is because the resort is low – at just 200 metres high, with a top elevation of just 1,030 metres.  But the high latitude makes up for the low altitude.

Temperatures in the winter months have hit -30 degrees, but the average is nearer -5.

The season is long – starting in mid November with average snow cover of between one and three feet throughout the season.

Besides skiing and boarding in all their varieties, Hafjell offers an array of other winter activities including dog sledding, bobsleighing, tobogganing, snowshoeing and sleigh rides. In summer the resort is a mountain biking centre.

Nearby Lillehammer is a fair sized town with many wooden houses and plenty of shops.

In the south east of Norway, Hafjell is getting on for 200 kilometres from Oslo – which has the nearest international airport. Transfers involve a drive of a little over two hours along the E6, Norway’s main north-south highway. It is possible to make the journey by train or bus.