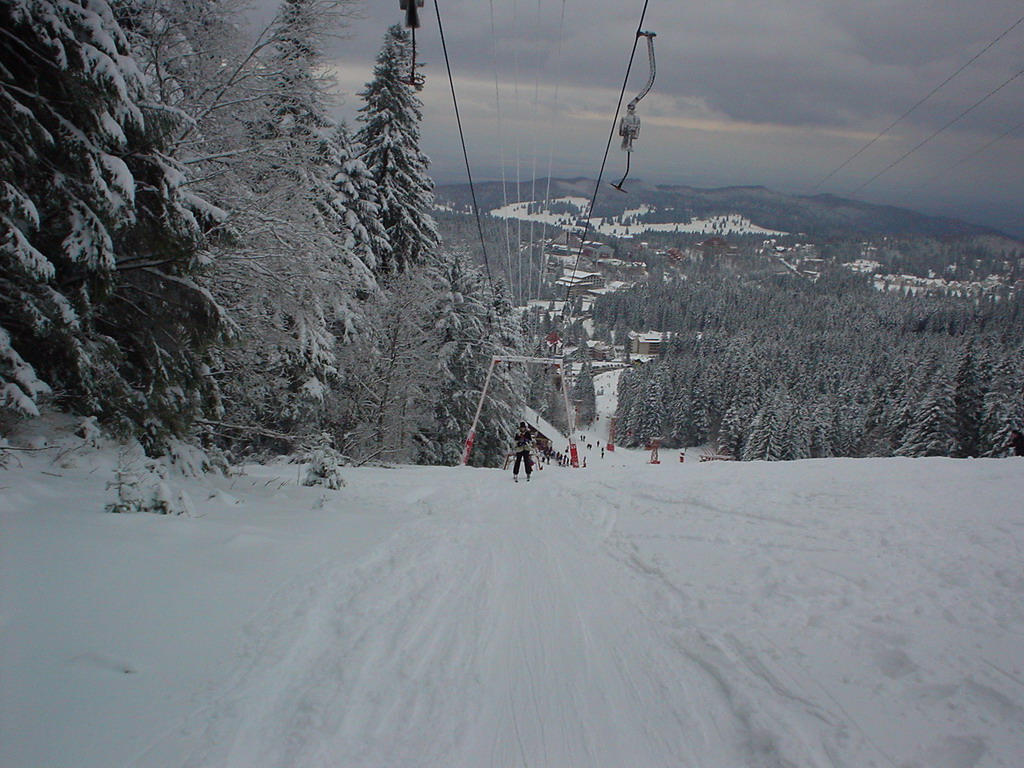 About 15 kilometres from Brasov, a Transylvanian city that is itself a tourist attraction and base for exploring Romania’s scenic and architectural treasures, Poiana Brasov is one of the country’s best known ski resorts.

Its ski slopes, which can hardly be described as ‘extensive’, are on the north side of Mount Postavarul, part of the Romanian Carpathians. The top elevation is just short of 1,800 metres.

There has been substantial investment in recent years aimed at improving the resort and increasing the number of ski runs. However, they still total just 25 kilometres in length. Skiing is through the trees. There are three main blue runs,  two red, and three black – of which one is very short while the other two go virtually the whole way down the mountain; a drop of about 760 metres (covered by one in 2.9 kilometres and the other in just over 1 kilometre) .

The central blue run, which connects to most other runs, also goes all the way down, but over a distance of 5.6 kilometres – making it the longest run in Romania.

The ski area is served by two cable cars which go from the base elevation of 1,030 metres all the way to the top, plus one gondola, two chair lifts and five drag lifts.

There are two mountain restaurants.

The season runs from December to April although the snow record for the resort is not great. Snowfall can be less than a foot in December and not much over a foot in the following three months. However, there is extensive snowmaking equipment.

Average winter temperature is a few degrees below freezing.

Apart from skiing, snowboarding and ice skating there are not too many, or any, other winter sport activities available. However, the resort does offer rustic entertainment.

Nearby Brasov has more of the same but on a grander scale, with low cost shopping opportunities thrown in. ‘Dracula’s Castle’ is about 15 miles away.

Getting to Poiana Brasov is not too hard (but not as easy as it might be). The nearest airport is Brasov but not all airlines go there and flights are relatively expensive. The alternative is to fly to Bucharest, which is just over 100 miles and a three hour plus drive away. There are regular trains from Bucharest to Brasov and there are regular buses between Poiana Brasov and Brasov.