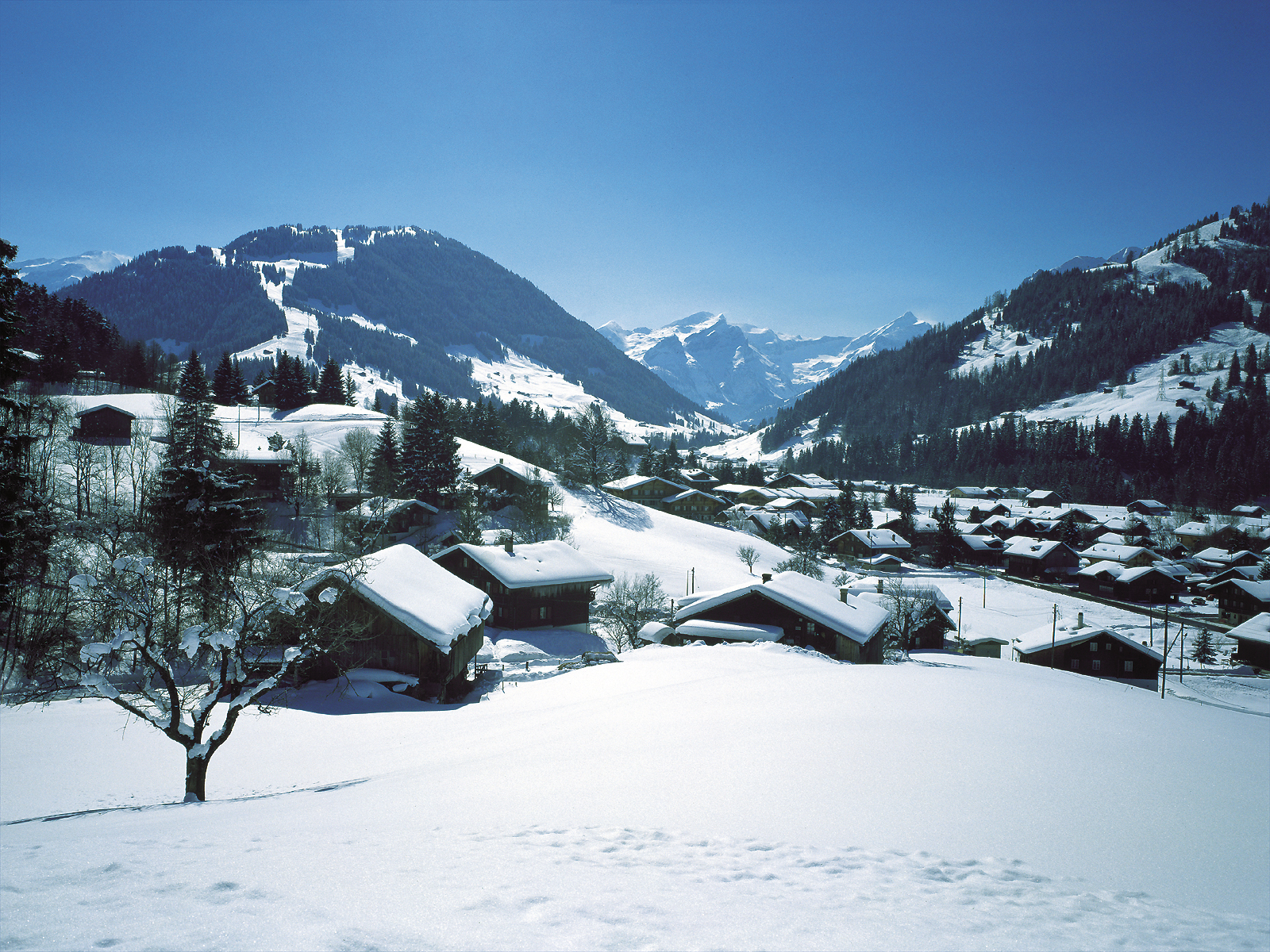 There has been boarding in Gstaad for close to 100 years – not the snow type but the school type.
The village, already connected by train to Geneva, became home to a Swiss finishing school in the 1920s. It has never looked back.

Soon there were posh hotels, the famed Gstaad Palace amongst them, to put up the well heeled parents visiting their privileged sons and daughters. Ten years later the first lift was built to give access to the picturesque mountains.

Ease of access to a traditional village, luxury living, clean mountain air, exhilarating trekking, and, more lately, (snow) boarding, has made Gstaad a favourite of the rich and glamorous.

With its five star hotels and clutter of designed shops this is not the first choice for a budget holiday. But even for those whose primary interest is credit card slalom, there is plenty of good skiing here, although in general not too testing.

Gstaad itself sits at just over 1,000 metres above sea level. Its ski slopes – all 220 kilometres of them, go up as high as 3,000 metres. The highest point offers glacier skiing and therefore a long season that extends from October to May.

In fact it is not quite true to call these Gstaad’s slopes, since it shares them with other cuckoo-clock villages strung along the three valleys that meet near Gstaad – Chateau d’Oex, Saanen, Rougemont, in Schonried, Saanenmoser and Zweissimen among them.

In fact a stay in any one, Gstaad included, will almost certainly involve visits to some of the others – or at least their cable cars – because the piste system is not too well articulated. So getting onto the slopes often involves a car, bus or train.

Once up top there are close to 70 pistes to sample. Most are of the less difficult kind although there are five black runs. There are also over 100 kilometres of cross country ski tracks.

For boarders there are a number of snow parks, including those at Saanenmoser and Glacier 3000.

Except for the glacier runs, snow is not guaranteed to be plentiful although there are a substantial number of snow cannons in place.

For those who prefer the non-skiing high life, there is also plenty going on in Gstaad including a choice of gourmet eating and a lively nightlife, including a casino.

It is a full-blown winter and summer resort with facilities such as ice rinks and swimming pools and a full programme of events including tennis tournaments and even beach volleyball competitions.

Within the German-speaking Swiss Canton of Bern, Gstaad is relatively easy to get to. It is less than 100 miles from Geneva and can be reached from there by road in around two hours. There is also a train service directly into Gstaad which is likely to involve at least one change and will take around three hours.