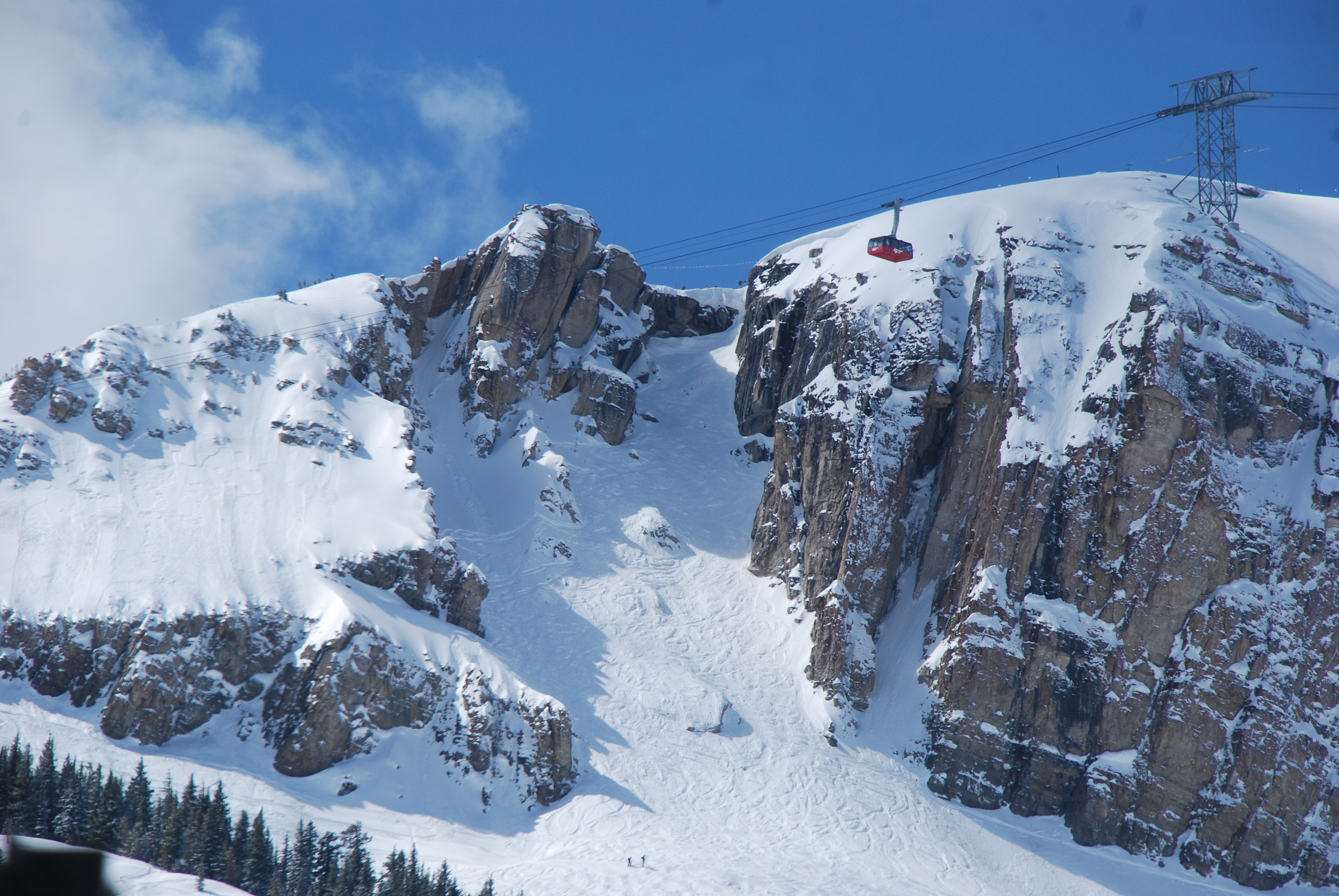 Jackson Hole is a Rocky Mountain ski resort in the Jackson Valley, Wyoming. It should not be confused with the town of Jackson which is some 12 miles away – the ski resort has its own village – Teton Village.

Jackson (the town) was named after the 19th century beaver trapper Davey Jackson who is said to have been the first non-native American to winter over in the valley. The association is indicative of the area – raw and unspoilt.

Teton County, named after the mountain above the 60-mile-long Jackson Valley (hence also the name ‘Teton Village’) is home to the Grand Teton National Park and a good part of Yellowstone National Park, as well as Jackson Hole ski resort.

Wildlife abounds and is often in evidence, both summer and winter. It includes the above mentioned beavers, moose, coyotes and elk (the US National Elk Refuge is located just outside Jackson).

It is not only a wild place, its also a cold place – the high altitude and steep mountain slopes, down which cold air tumbles, make sure of that. It has seen daytime temperatures of minus 49 degrees, although such numbing, frostbite-inducing interludes are rare.

By contrast summers are warm to mild.

Besides Teton Village there are other ski resorts in the valley including Snow King – Jackson’s first ski area – and Grand Targee (about an hour away, it claims to be one of the powder capitals of America). But it is Jackson Hole that has caught the imagination of skiers the most. It has only been over the past 30 years that it has taken off and is now famed for its snow depth (an average winter snowfall of 11.6 metres) and quality, and its steep and long ski runs.

The emphasis is on testing skiing. There are 133 ski runs in total – seven green, 30 blue, 20 ‘double blue’, 54 black and 21 ‘double black’. These are served by 12 lifts ‘including Bridger Gondola and “Big Red”, our world-famous Aerial Tram’.

Now over 50 years old, Jackson Hole ski resort has continued to invest in new lifts and other improvements. This has seen recent installation of the Teton high-speed quad chair plus the opening of the Piste Mountain Bistro.

Besides skiing and boarding (there are snowpark areas including a half pipe and race arena), there are plenty of other activities – some of a unique nature – such as the opportunity to take a sleigh ride through herds of wintering elk.

Getting there is something of a trek from the UK involving a 13 hour or longer (expensive) flight. International flights do go into Jackson from where the transfer to Teton Village is a matter of minutes rather than hours. However, for most Brits the journey will involve changing planes at Denver.