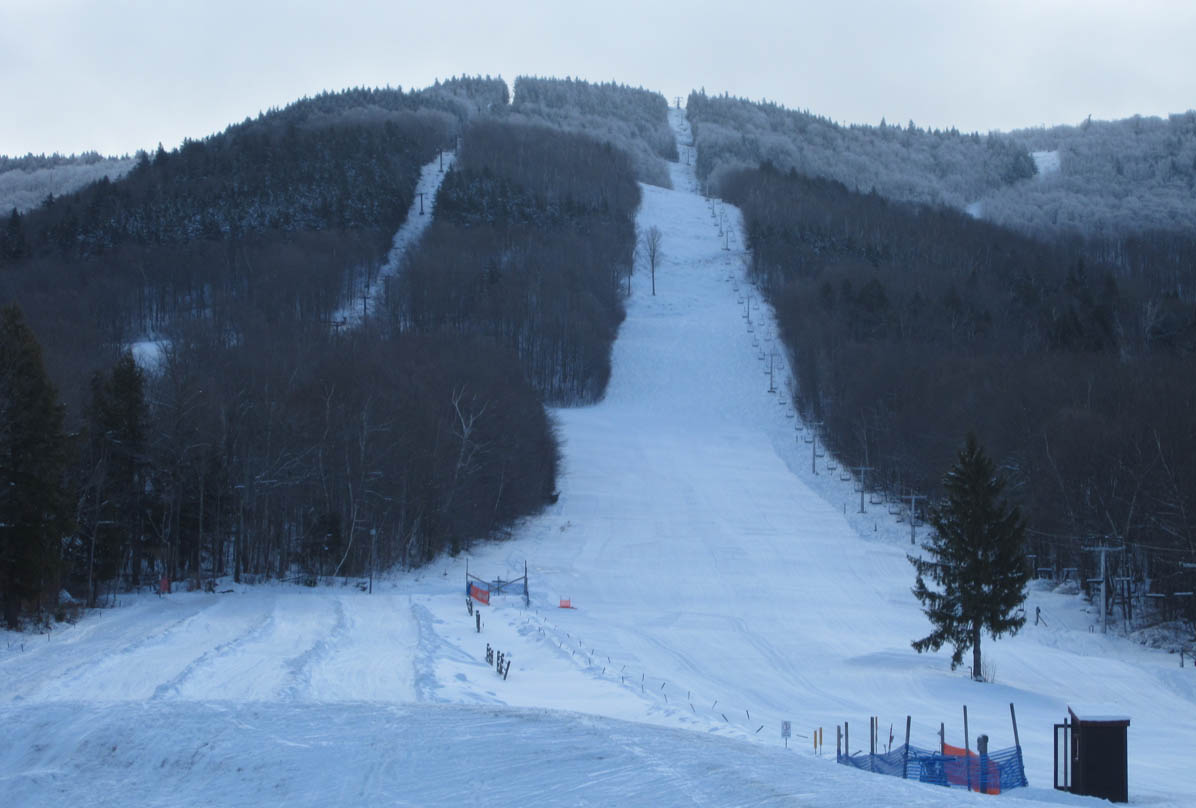 Everybody likes the idea of a magic mountain – so much so that the USA has at least three of them – the Six Flags Magic Mountain theme park in Santa Clarita, California, the 1,982 metre high (three lifts and 11 ski runs) Magic Mountain Ski Resort in Idaho, and the Magic Mountain Ski Area in Londonderry, Vermont.

The latter is privately owned. It was founded in the 1960s and has had a chequered financial history. Initially it did well. But in the 1990s it closed for a number of years. Although it reopened ten years ago, it remained uncertain whether it could conjure up enough visitors to ensure its survival. Until, that was, it was acquired by new owners in 2016.

Big investment is planned to put right the ravages of financial strife. Changes, it is promised, will start to become fully apparent in the 2017/18 season. These will include upgrades to buildings, lift renovation and improvement and, perhaps significantly, an upgrade in snow-making facilities (the resort is relatively low at a maximum height of 870 metres).

‘We’re looking to keep Magic’s character, but broaden its appeal’, Ski Magic president Geoff Hatheway has been quoted as saying. The company believes that appeal is its challenging ski area and its laid-back home-spun atmosphere with the emphasis on skiing and boarding – rather than retail or property development.

It might be on to something since the resort won a 2016-2017 Best Snow Award. Based on customer surveys, the Liftopia-sponsored awards are designed to reward the most challenging, least crowded and best value ski areas in the USA’s north east.

But perhaps recognising that it still has a way to go, the resort uses the marketing slogan; ‘Take the road less travelled’.

Most skiers would be able to ski the area – or at least those parts that they are able to or are most interested in – in a day or two. So Magic mountain is probably best combined with visits to other smallish Vermont ski resorts – there are at least 20 or so in the state, including Suicide Six ‘one of the most family friendly ski areas in Vermont’).

Unless going on an organised holiday it is necessary to have a car to get to Magic Mountain. And you can’t stay there, since there are no hotels (although the Upper Pass Lodge is on the same road). And there is only one restaurant at the resort itself.

Boston is around 150 miles and a three hour plus drive away. This culminates in the ominously named Magic Mountain Access Road’.